I wanted to bring readers’ attention to a paper I recently wrote on strategic trade controls. It’s forthcoming in an edited collection, but it’s available now on SSRN at this link.  STCs are a subject I’ve been working on for about 18 years, since my days of studying and working with the excellent staff at the University of Georgia Center for International Trade and Security.  STCs are an often undervalued but extremely important part of the overall system of WMD nonproliferation law.  I wrote this piece based upon both my academic work in the area, and the work on the ground I’ve done over the past few years advising the Government of Jordan on the creation of their new transit and transshipment STC law. I hope some find it a useful explication of the area.

JPPR – The 4 letters that shaped my career

Dazed. Shocked. Stunned. Does any one of these words even begin to convey my reaction when around noon on 23 April I received the phone call informing me of Julian’s passing, having lost the battle against COVID-19 the night before? 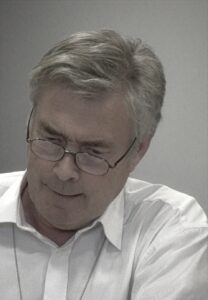 When I entered the field of chemical and biological warfare in 1986, his name immediately stood out. Julian Perry Robinson, a name immediately associated with the Stockholm International Peace research Institute (SIPRI) and the University of Sussex, near Brighton in the south of England. Our first encounter was in 1989. In hindsight, it was unsurprisingly at a workshop bringing together representatives from civil society, the peace movement, students, and academics. It took place at a central-London Quaker centre. My goal of attending the meeting was to meet with Julian and talk about my master’s dissertation on chemical weapon (CW) armament dynamics. My memory is that when we were both together in the same room, we walked straight towards each other and shook hands. No ice ever had to be broken.

Writing down my personal memories has not come easily. Yet, with passing of days, an irony dawned on me: he who had given so much of his life to preventing chemical and biological warfare left us on the anniversary of the first major CW attack in the First World War. Not to mention that he came into this world on the 23rd anniversary of Armistice Day.

Contrary to nuclear and conventional weapons, interest in chemical and biological weapons (CBW) has always waxed and waned in long waves. Whenever CBW became politically or socially controversial, droves of people would enter the field. When the issue disappeared, so did those persons. Like fruit flies, after dropping a piece of banana in a bin and then emptying that bin. Julian was part of what I always thought of as the first wave that rose in the mid-1960s and coalesced around the just established SIPRI.

There a group of young academics came together who would eventually write the 6-volume The Problem of Chemical and Biological Warfare, published between 1971 and 1975. Besides Julian, there was Joseph Goldblat, Carl-Göran Hedén, Milton Leitenberg, Arthur Westing, and several others. The six volumes did not appear in chronological order, but in the preface to the 5th book (1971), then Director Robert Neild recognised Julian’s centrality to the endeavour:

It is usually wrong to single out one person from a team but in this case there is no doubt that one person has contributed more than anyone else to the study. He is Julian Perry Robinson who has written more of the study than anyone else and has had a great influence on the whole shape and quality of it.

Further in the distance, there were other formidable figures such as Matt Meselson and Martin Kaplan, and so many more. The fabric that held them together for decades was the so-called Pugwash movement (in full the Pugwash Conferences on Science and World Affairs). As Julian recorded in his history of the Pugwash movement and CBW, at its origin in 1966, the Pugwash study group on biological weapons (BW) and the nascent SIPRI’s BW project ‘were actually two facets of the same activity’. That symbiotic relationship continued for many decades. END_OF_DOCUMENT_TOKEN_TO_BE_REPLACED

I know I’ve been a bit quiet lately. I am working on a new book on the TPNW in its context within international nuclear weapons law. I’ve also been traveling to Jordan a lot the past few years to assist in their development of a strategic trade control transit and transshipment law and implementing regulations.

Obviously a lot going on in the arms control law world. Most important is probably the imminent demise of New START and the Trump administration’s disingenuous demand that any new nuclear arms control treaty include China.

But in the midst of everything else going on, I have been provided with the newly released 2019 IAEA Safeguards Implementation Report by a friend acting in the interest of transparency. SIRs are always fascinating sources of information about the IAEA’s work. This one comes with an annex describing the facilities subject to IAEA safeguards around the world.  So enjoy reading these and I’ll get back to work on my book.

Best wishes to all.